Last year’s crop of graduating seniors was such a stellar group that numerous runners received national attention and, although Jacob Smith, Anthony Armstrong, Nathan Weitz, Marcus Dickson, Korey Krotzer, Izaic Yorks & Nicholas Boersma have all moved on to the collegiate ranks, distance fans this year will once again have much to cheer.   Leading the way should be Andrew Gardner of Mead, who is a two-time Foot Locker finalist and looks to join a very short & elite list of three-time Foot Locker qualifiers.   Finishing sixth last year at nationals puts Andrew on ‘most everyone’s list of runners to watch but the Spokane standout looks to claim his first State crown for XC and can be expected to be gearing up for a special fall.  Last year’s campaign included a victory at Mountain West plus a second at Sunfair and he looks to have a full slate, as he prepares for another dream ride to San Diego. 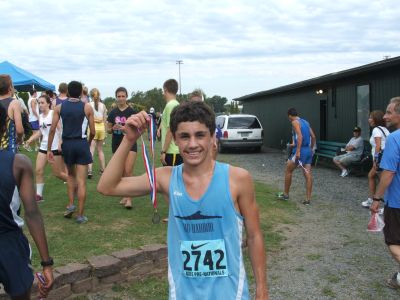 With Jacob Smith, Santos Vargas & Korey Krotzer, first, third & fourth at State respectively in 2011 moving on one might think, that Gardner’s path to victory in Pasco might be facile but that is not the case, for there is a wealth of talent returning.   Wolfgang Beck of Gig Harbor finished fifth as a sophomore and the Narrows League champion, who placed second to Krotzer in the Westside Classic, ran well this summer at the White Pass camp.   His young team mate Tristan Peloquin, 11th as a frosh, should be close behind as well as Logan Carroll, who combine to give defending 4A champion Gig Harbor plenty of fire power up front in the team race.   Sumner Goodwin of Lewis & Clark placed seventh at State & also was 7th at Sunfair, so he should have something to say about the outcome, as should Colby Gilbert of Skyview, who finished 8th.    Gilbert garnered second in the B race at Danner, which some call Pre-Nationals and was second at Adidas in the B division as well.   Keegan Symmes of Skyline is another runner to watch & the Kingco Champion followed with a twelfth place finish at State.   Not to be overlooked is Aaron Roe of Henry Jackson, who placed 17th at State as a freshman & then followed that with a break-out track season. 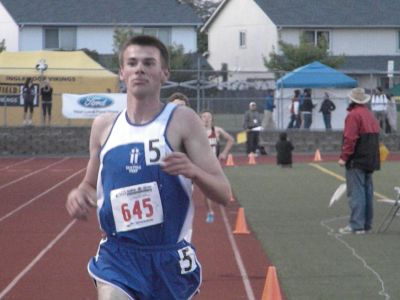 It will be difficult to top the spirited finish between Armstrong & Weitz, which was set up by the valiant Yorks but Joe Hardy of Seattle Prep will return hoping to improve upon his fourth place finish at Pasco.   Hardy had a very solid fall as a sophomore placing 8th at Danner, 4th at Richland & winning Seaking but he really came on during the track campaign, where he defeated all his elder rivals.   North Central has become a perennial national power and they have shown an ability to reload but this year they return their leaders Keith Williams & Kai Wilmot, who earned sixth & eighth at State last fall and went 2 – 3 at Walters.  Two others to watch are Keenan Piper of Seattle Prep, who finished tenth at State, and John Fowler of Bellevue, who placed second at Seaking & won at Salt Creek before taking eleventh at State. 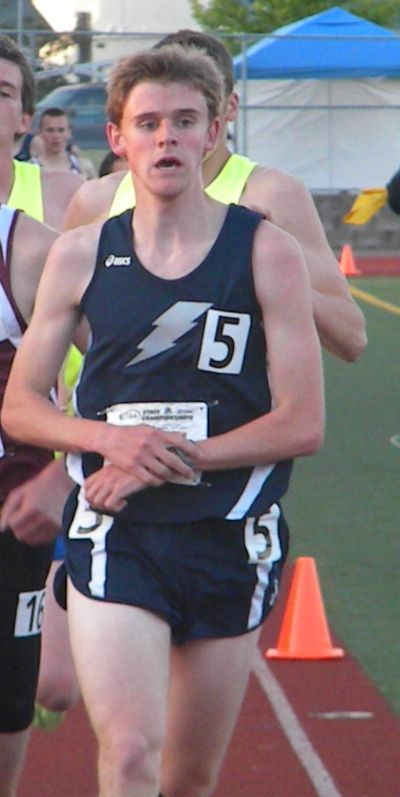 Patrick Gibson dreams big, so there is no little league Mud Bowl for him and he consequently challenged the West ‘s best last fall in the Foot Locker West Regional at Mt. SAC.   Gibson intends to improve on his 14th place finish and will be one of the top returnees after his fine 16:06 on that daunting course.   Of course the Squalicum star, who placed second at South Whidbey & won at Sehome, has a 2A State title to defend and he will be formidable.   Poli Balthazar of Aberdeen gave him a battle last fall at State before earning second & should be expected to challenge once again.  Like Gibson, Poli has set his sights on Foot Locker, so he should enter the campaign in fine shape.  Last fall he won the Three Course Challenge in Oregon & placed fifth at Sunfair.    Others to watch in 2A are Conner Johnson of Sehome, who placed fifth at State, Daniel Amann of Deer Park, who took sixth, and Sean Eustis of Washougal, who earned ninth.   Reed Henderson finished 11th at State & will help give Sehome a solid 1 – 2 punch up front, while Dallas Snider of W F West  had a strong track season and looks to improve on his  17th place finish at State. 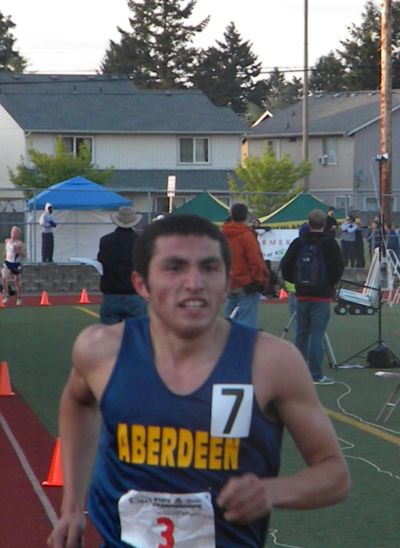 Hap Emmons of King’s has graduated but the second through fourth place finishers all return for another attempt at a championship.    David Goldstone of Charles Wright ran 15:55 and was the only one of the group to break sixteen minutes, so he is the logical favorite on paper but his team mate Ruben Riordan (16:04) & Onalaska’s Stephan Bottoms was only another second back.   Kevin Carpenter of Colville earned eighth as a sophomore, while Andrew Ayer’s of King’s came in ninth as a freshman and both should be much stronger like Ryan Coffman of Lakeside, who was but a sophomore, when he placed tenth at State.

All in all there is a fine cast with many runners of great promise.   Added into the mix are their female counterparts and you have the makings of another national class season for Washington.   Good luck to all from the individual to the team level but naturally a good part of the difficult work has already been handled, so fans should be in for a season of thrills. 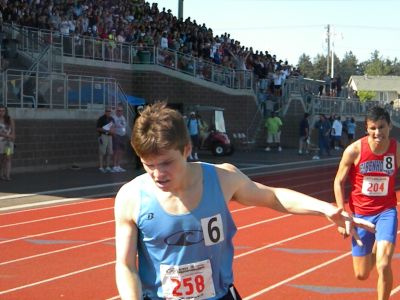