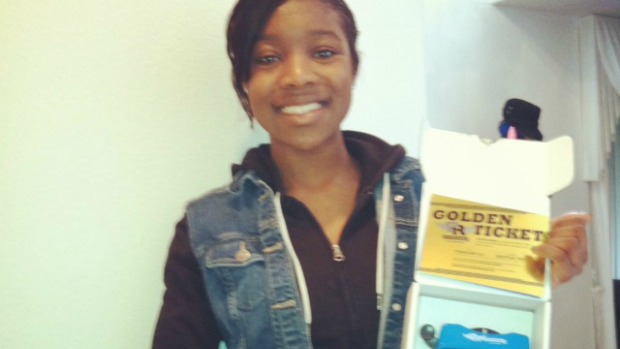 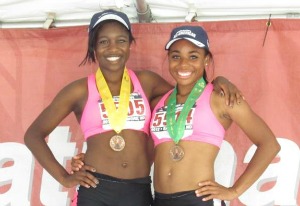 Kennadi Bouyer knows the Dempsey Center well. The Curtis Senior High School has run many meets at the University of Washington and it is where her junior season got off to a strong start.  She finished second at the Simplot Games in Idaho in the 60 meter dash in a personal best at the time of 7.52. A week later she was back at the Dempsey for the 2012 Brooks PR Invitational where she ran 7.58. Bouyer went onto win state titles in 100, 200, and was a member of the winning 4x100 meter relay team. She started off 2013 with a bang running a new personal best and US#3 time of 7.45 to finish second behind Mary Beth Sant of Coloardo at the Simplot Games. Bouyer says her training has been going great and she feels faster than ever and is ready for an amazing senior year. The next meet on her schedule is the 2013 Brooks PR Invitational in Seattle.

"The thing that I'm looking forward to the most about Brooks is being around people that will push me to a great time in the 60. It's called the PR meet for a reason. My goals for the rest of the season are to run 11.60 in the 100 and pass 20 in the long jump." 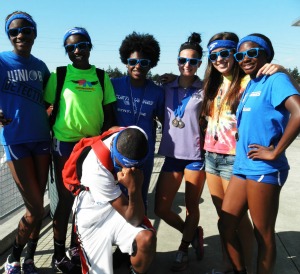 Getting To Know Kennadi Bouyer

What music do you listen to before meets?
Before a meet I listen to really hype music like 2 chainz!

If you were stranded an island with three things what would they be?
If I was stranded on an island I would bring water, my iPhone, and some tennis shoes to stay fit.

What are some un-running related things people might not know about you?
Things unrelated to running running are that I love cooking for my team and my family. I'm also an AP student.