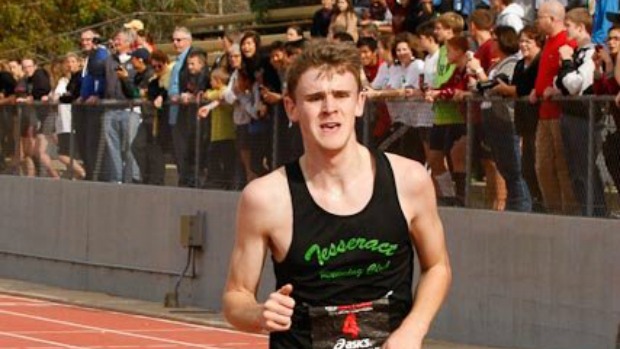 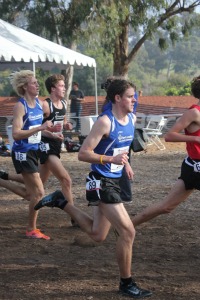 As a sophomore Gibson finished 10th at the WIAA State Championship and followed that up with a second place finish in the 3200 at the WIAA State Championship. He finished 8th in the 1600 meter run. In his junior, the Squalifcum star started to pick up the hardware. He won the WIAA Cross Country State Championships in 15:28.00 and ended his eason with a 14th place finish at the Foot Locker West Regional. Gibson placed one better in the 3200 meter run that spring to earn his first track state title. It was a new personal best 9:01.89 to go with his personal best 4:11.29 and second place finish in the 1600. In his final cross country season, the Stanford signee picked up one more cross country state championship. He went onto finish 9th at Foot Locker West earning a spot to Foot Locker Nationals in San Diego where he placed 24th.

This winter Gibson has been training with 2012 Olympian Donn Cabral who placed 8th at the steeplechase in London. Their workouts consist of  a lot of tempos and tempo paced workouts. He has also thrown in cross training, biking a couple of times a week, with the goal of keeping a high heart rate. The senior says working out with an athlete of Cabral's status has helped him become a better runner.
"Efforts that used to be incredibly hard to run solo have become a lot easier because I have some one to follow.  More importantly though he is a good person to talk to and learn from.  Obviously he had a ton of success at the college level, and beyond, so as I approach those years I have been racking his brain a lot with questions about how to optimize my college running experience."

The season will start this weekend when Gibson runs against the best distance runners in the country at the 2013 Brooks PR Invitational. He says he is in good shape coming into the season and looking forward to competing in Seattle  and setting the tone for the rest of 2013.
"I'm most looking forward to getting a chance to hang out with all of the talented runners from other parts of the country that I otherwise would not be able to.  I am curious to hear people from out of the PNW's perception of Seattle.  I don't really have an exact time or place goal for the race because its so early in the season, but I would be very happy with a time around 4:10.  My goals for the rest of the season are to defend my two mile state championship, win the mile state championship for the first time, and to score as many points for my team as possible whenever my name is called in meets, especially at state."

Getting To Know Patrick 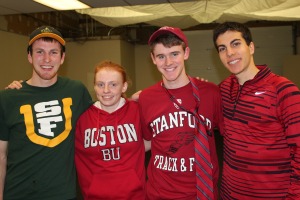 What kind of music do you listen to before races?
I don't normally listen to music before races.  I normally just soak in the environment and get my mind right without it.  However, if I'm in a music mood I'll listen to Ludacris, The Cool Kids, and Kendrick Lamar among others.

What is something people might not know about you?
Its not un-running related, but this may be way more interesting for your story than anything else I tell you.  I train with Donn Cabral.  Donn got 8th in the steeple chase at this summer's Olympics. He's a nice guy.