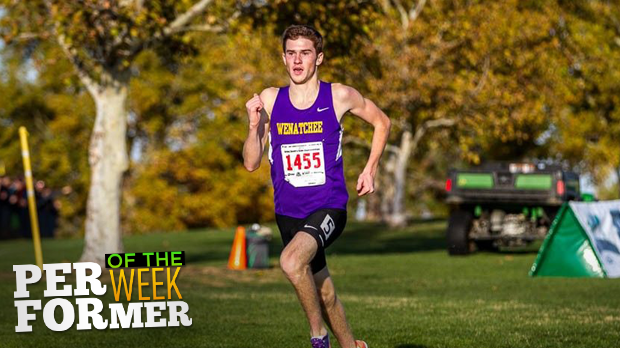 The Washington State commit made news Friday night solidly beating Tanner Anderson in a showdown at the Eastmont Twilight Invitational. The three second PR put him atop the national leader board and the first to run under the 4:10 barrier. Of the 17 times we have Anderson and Christman racing in the database, this is only the second time the Wenatchee senior has come out on top. Friday was only the second time we have seen Christman all year, and this race was a full seven seconds faster than his opener. The time, while still US#1 for the 1600m distance, was surpassed by converted mile times from meets on Saturday.