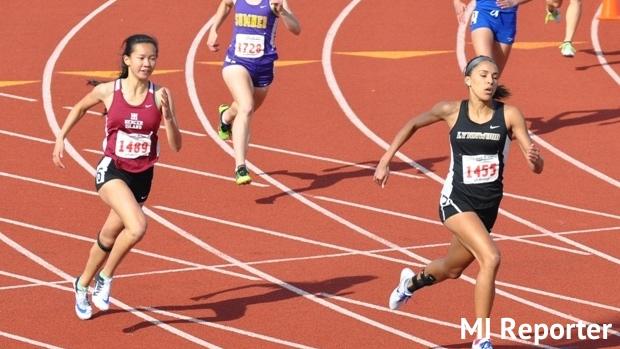 Kayla Lee is returning to the Dempsey Indoor track on Saturday with some added motivation.

The Mercer Island junior competed on Jan. 7 at the University of Washington's Indoor Preview but left a little disappointed after efforts in the 200m (26.41) and 400m (58.07).

Now she's back for the Huskies' High School Indoor Invitational on Saturday. And her thoughts?

Indeed, Lee believes the UW HS Indoor Invitational will provide all the opposition she needs to cut time.

She's slated to run in the first section of the 400m race against competition like Megan Champoux of Canada-based Langley Track and Field Club and Nicole Stephens of High Voltage.

However, Lee still believes she can snag a PR in the race.

"I think in the 200 it's a good opportunity to hold up my speed a lot longer and get faster," Lee said. "It's an event where I can really see how fast I actually am."

Lee's coach, Sam Gadbury, believes the base training the junior has produced, especially in the month since her last performance, will be ample evidence for improvement.

"Her skills, even compared to last year -- in knowing how to get out of the blocks and knowing how to compete -- they've jumped up considerably," he said. "She has a great chance at solid PRs, not just for the indoor season but the outdoor, too."

Lee, who focuses on track over the winter and spring months, has been working on creating explosion out of the blocks so that her first few steps are the most important.

A year ago, she ran in the UW HS Indoor Invitational, though she says she "wasn't as serious," and her motivations have changed considerably in 2017.

"Our offseason strength and conditioning training has helped all our athletes build explosiveness in the muscles and in muscular conditioning," Gadbury said. "The longer we've worked, we've developed more efficient movements and that will help in their races." 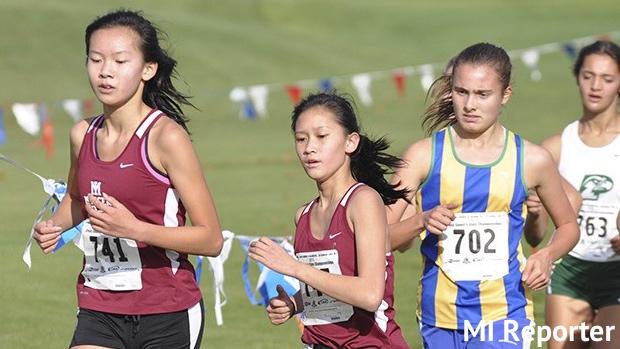 Lee is still learning how to race, she admits, but her development is speeding up.

Gadbury said he's advised the junior on focusing on her warm-up. He believes it to be the most important facet of her plan -- it could make the difference between a great race and just a good one.

"To be consistent and do the little things," Gadbury said. "Every warm-up is personalized for that particular athlete. But being relaxed, having a good thorough warm-up and hitting that magic zone where you're ready but not exhausted, that's key."

Lee has been perfecting her routine since as long as she's been a runner. It's a potluck of energy that sometimes elicits confused stares.

"A lot of people make fun of me for it," Lee said. "But I've been doing it as long as I can remember. It's more something you have to see then you can explain."

Last year's outdoor campaign, however, was the breakthrough she needed. She finished sixth at the USATF National Junior Olympic Track and Field Championships in July, popping a personal-best 55.44 second 400m race.

That came after she finished third at the Washington track and field championships in 56.91 seconds.

She's been training and eyeing up another big race since then.

"The girls in the 400, their times aren't always super consistent," Gadbury said. "I feel (Kayla) can get a PR if she runs in the low or mid-55-second range. That will put her at the top of the field, and I believe she can hit that."

And if Lee does in fact accomplish that time or better again, it may set in motion something else on her mind: becoming a collegiate track and field athlete in the near future.

"I definitely want to run in college and be a collegiate athlete," she sad. "So if I hit a great time, I think that will help gain more exposure, too."