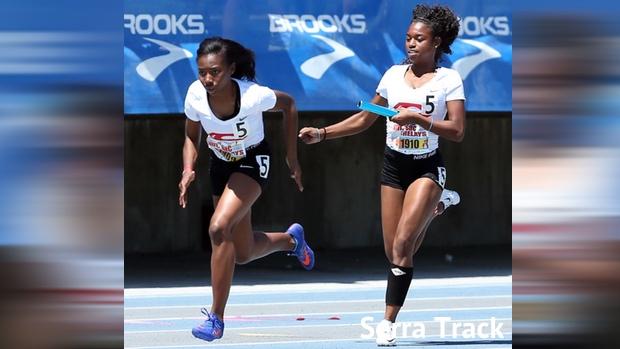 There's a certain look that's been a familiar theme for Jasmin Reed in the moments before she steps on the track.

For anyone who's seen the Junipero Serra (CA) High senior, they've likely noticed the 5-foot-6 sprinter with headphones on.

"I keep my headphones on, even if I'm not listening to music," Reed said. "It's because I zone in and try to visualize what I'm going to do on the track."

That focus has served her well over a stellar career, but it came to light again during a remarkable performance at the University of Washington High School Indoor Invitational on Saturday at the Dempsey Indoor Track.

Reed has experienced that kind of success before. She's been to big meets and cut time consistently over four years, but there was something about Saturday that seemed special.

"It did soak in when I got home," said Reed, who hails from Southern California and runs for the track club Plyometric Fusion. "The moment I laid down, it actually hit that I ran those times. It was crazy amazing."

Maybe because Reed has a plan and her goals are starting to kick in. She didn't sign with a college program in November during the National Letter of Intent early period, but perhaps that was a good thing.

The faster she goes, the more interest schools will have in chasing her. Right now, she says, she's left with four schools on her radar: Oregon, Georgia, Arizona and Oklahoma. 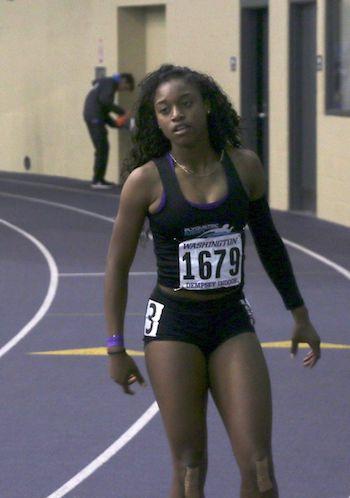 Reed's major leap from good prospect to a great one began in her junior spring season, when she stacked up against the best in the state at the California Interscholastic Federation's championships.

She went 24.04 seconds in the 200m, nailing a career all-time best … but she finished just seventh. And then she followed with a time of 11.83 seconds in the 100m, which gave her a third-place medal.

But for Reed, it was always about the times. She believed top competition only made her better.

"I feel like California is one of the most competitive states," she said. "A lot of girls who make it to state, they could go to a different state and win. So that alone, you know it's hard to make it, but it's a good accomplishment to be there.

"I was happy with last year. But this year, my goals are to go for a double hitter and try to win both. It's going to be really hard, but that's what I'm shooting for. I feel like if I shoot for it and if I land anywhere close to it, you still end up really high."

Those high aspirations only make her indoor season more important. And Reed's performance at Dempsey Indoor was just her third competition of the season.

She hadn't trained for the 200m. So to say she was surprised with her time would be an understatement.

What took place, she said, was a near-perfect block start. She reminded herself of key points during the race, too.

"My start kind of tied everything together, but I was able to push ahead because I held my form," she said.

And then she'll move on to New Balance Nationals Indoor at the Armory in New York. Last year, she didn't even make it out of the preliminaries in either race.

But that hasn't set Reed back. She considers the national event her biggest focus on the calendar.

"That's always my favorite meet, just because it's so far away and the competition is always amazing," she said. "The vibe is amazing."

Being a sprinter from California is sometimes all the cache she needs.

But she'll also have a certain look to her in New York. She'll have those headphones on, and she'll be ready for the biggest moment of her career.