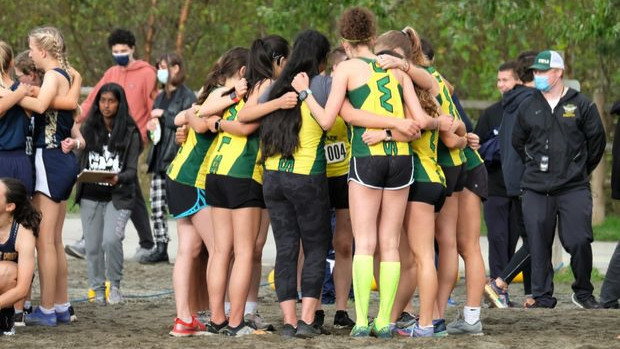 Some fast times took place this weekend across the state!

4th Annual Battle for the 509 at the Fairways Golf Course in Cheney, WA.

Beginning with the Battle for the 509: The victor of the varsity boys race was Brody Hartley of (Walla Walla Senior High School) with a time of 15:35.42. Trailing him was a photo finish race for second between Brycen Gardner (Mead Senior High School) and Evan Bruce (Lewis And Clark High School)! Gardner secured second with a time of 15:43.38, with Bruce breathing down his neck at 15:43.88, claiming third. The second pack of the field poured in seconds past the 16-minute mark.

On the varsity girl's side the crowd saw a captivating performance by Macy Marquardt (Kennewick High School) clocking 17:06.85! Runner up was Samantha Wood (Post Falls High School) finishing with a time of 17:32.97. Wood was closely followed by her teammate Anna Peters at 17:41.29. With a gap of about thirty seconds, the rest of the field trickled in with times well under the 19-minute mark.

The Harvest Classic at Life Works in Longview, WA.

The girl's race saw a dominating performance by Makena Houston (Columbia Christian) annihilating the rest of the field, clocking a time of 17:31.30. Almost two minutes ahead of second-place! Second and third place were claimed by Delaney Draeger and Sadie Gump of Vernonia, finishing in 19:29.00 and 19:48.50.

The Sunfair Invitational at Franklin Park in Yakima, WA.

Focusing on the boy's elite three-mile race, Isaac Teeples (Kamiakin High School) claimed another victory with a time of 15:03.25. Teeples finished ahead of Cruize Corvin (Lakes High School) who finished with 15:28.06. These two separated from the rest of the field as Teeples and Corvin were a full minute ahead of third place.