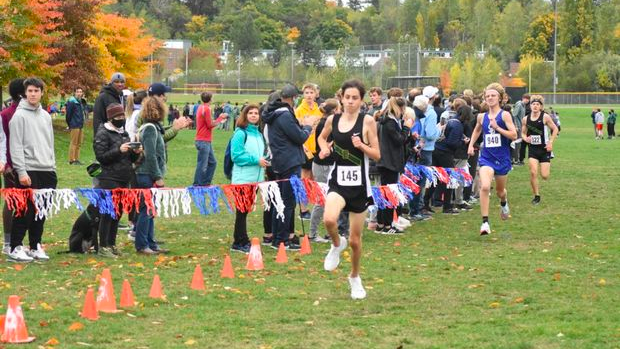 Bishop Blanchet freshman Vincent Recupero is off to a strong start for his high school career running 15:35 for 5th place last month at Magnuson Park, currently the top freshman time in the state. Recupero also had a strong outing at the Bellevue Cross Country Invitational, clocking 16:19. Recupero is currently ranked as the 9th fastest freshman in the country! One can only imagine how his cross country times will translate to the track this spring.

Freshman Sydney Collier has been a great addition for Skyline High School. Collier has already gone under the 18 minute mark twice this fall, posting times of 17:31 and 17:57. Her time of 17:31 has her ranked as the 4th fastest runner in the nation! At the Nike Twilight Invitational earlier this month she posted the fastest time out of the entire field and was the only female runner that finished under 18 minutes. Her next race will be at the Kingco Championships as Skyline High School looks to win the team title.

Soto has already broken the 16 minute mark this season. Last month Soto posted a time of 15:56 as he placed second overall at the Trico Meet. His time has him ranked 21st out of all freshmen in the country! Soto has already recorded track times throughout his club career. As an eighth-grader, he has already recorded times of 4:49 in the one mile run and 2:05 in the 800. He will definitely be someone to watch this spring.

LaPorte has been consistently fast so far this season, running 17:50 at three separate meets. Her season best time of 17:49 has her as the third fastest freshman in the state and 17th in the nation! It will be exciting to see how she develops towards the second half of this season.