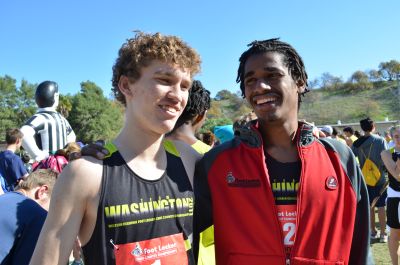 Saturday marks the thirty-third edition of the high school cross country race, which changed the playing
field for both prep and collegiate levels.   Before the races began women, much-less girls, were limited to a 3K as
the longest sanctioned race.   Once Kinney, now Foot Locker, began the series college scholarships multiplied
and opportunities expanded for runners.   Young runners, who are fortunate to qualify and had the temerity to try
to qualify are joining a three decade tradition that has produced a volume of NCAA champions, US National
winners and a fair number of Olympic medalists.
Over the years there have been a number of years, which had an abundance of future stars.  For the girls
there was 1990 with Deena Drossin, Jen Rhines, Melody Fairchild & and Amy Rudolph and 1994 produced Carrie
Tollefson, Kara Wheeler Goucher & Amy Yoder Begley.   For the boys 1986 with Bob Kennedy, Todd Williams
and Marc Davis was a very strong year, while 2000 with Ryan Hall, Dathan Ritzenhein & Alan Webb, plus Bobby
Curtis stands out among the various years.  It is always hard to predict things, especially in distance running,
but this year's group of guys could rival those earlier groups.  Front and center is New Jersey's Edward Cheserek,
who is undefeated and has established new records on a number of traditional courses like VanCortlandt
Holmdel, Brown & Sunken Meadow.  Along the way he has triumphed at Shore Coaches, Eastern States and
Brown.   The Northeast Regional will be tough to beat.   If the Northeast champion is to be defeated Futsum
Zeinasellassie of Indiana would appear to be the most likely suspect.  The Midwest title-holder ran 14:58 on the
formidable Kenosha course.  he is also undefeated with victories as Carmel, Flashrock, the Brebeuf Sectional,
State among others.  He is one of only three runners to qualify as a freshman and he placed second at Nationals
last year.
California's Darren Fahy is also undefeated after victories at Bronco, Clovis, Stanford, Mt. SAC & State, where
he had the fastest time of the day. last Saturday he claimed the West Regional against a quality field.  Nathan
Weitz, like Fahy, is a repeat qualifier.  He ran 14:33 at Sundodger and placed second at State in a thrilling race,
which  obliterated the course record.   Last year Nathan topped Darren at West and then followed him home in
San Diego.  May be this year is his time to turn the tables on Fahy.   Andrew Gardner finished fourth at Foot
Locker as a sophomore.  Andrew has an ability to understand his body's messages and then race accordingly.
He won the Mountain West title and was second at both sunfair & State.  Last weekend he knew that the point
was simply to qualify, so he can be expected to be formidable. 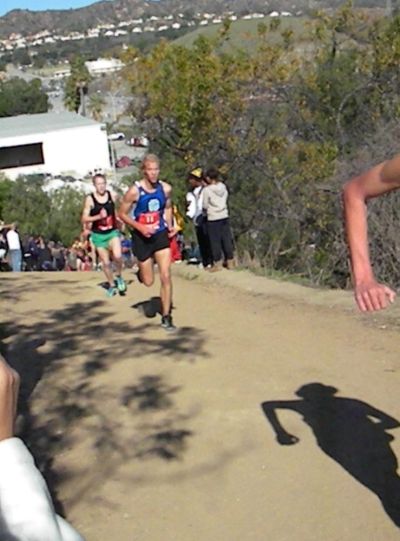 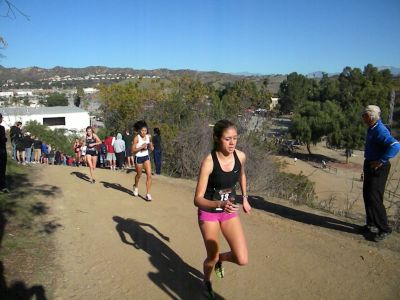