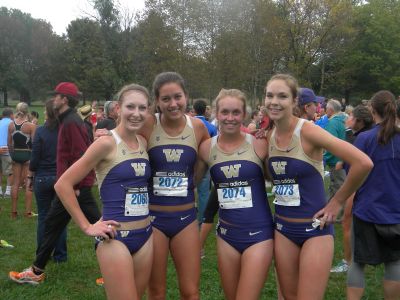 The University of Washington placed second at the Greater Louisville Cross Country Classic today. The race, which was held at E P Tom Sawyer Park in Louisville, is the same course on which the NCAA championships will be run later this year. Katie Flood led the Husky women with a third place finish of 16:55 for 5K. Lindsay Flanagan was the Husky’s second runner with her ninth place of 17:02. Both Flood and Flanagan were near the front of a large pack, which went through the mile in a conservative 5:33. That pack remained pretty much intact through 1½ miles but Elvin Kibet of Arizona broke away later to win with a mark of 16:51. Her Arizona team mates prevailed in the team race by a 71 to 80 margin.

Liberty Miller added a third place effort for the Huskies with 17:05 and Kayla Evans chipped in with a 23rd place finish in 17:16, which just edged Justine Johnson, who was credited with the same time. Freshman runner Maddie Meyers added a 42nd place mark of 17:31 and Chelsea Orr came in 53rd with 17:38.  Also running for Washington was Ellen Toennies, who placed 196th.

Northwest fans will appreciate knowing that Minna Fields ran for Lipscomb and garnered 178th with 18:36.  It is worth noting that Washington did not run Megan Goethals, who would have been expected to be near the front. Christine Babcock is another runner, who would have contributed had she not finished second as an unattached runner at the Dellinger meet in Oregon. The early season effort has to be encouraging.

The men’s race saw a three man break early with Lawi Lalang & Stephen Sambu of Arizona were joined by Paul Chelimo of UNC – Greensboro. They went through the mile in 4:47 with the Arizona runners separating themselves from Chelimo less than a half mile later. The two mile went in 9;08. Lalang pulled away from his team mate to win the 8K event in a course record time of 22:33 with Sambu three seconds behind. The top ten looked a bit like a Pan-African meeting but Mitch Goose of Iona earned fourth with 23:42. 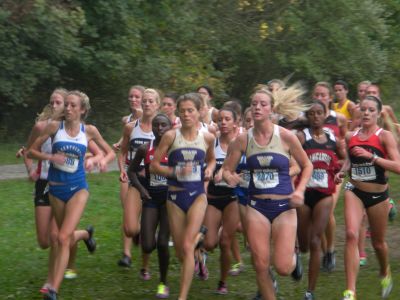