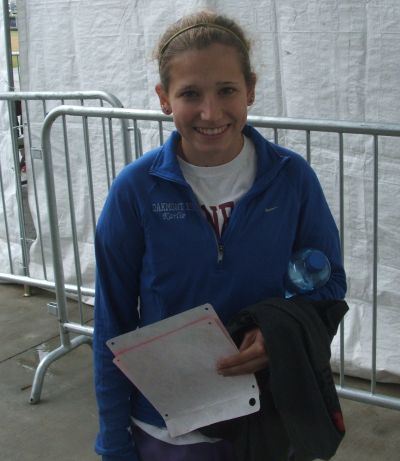 It rained this moorning andd early afternoon at the Mt. SAC course, which will host
Saturday's.  Although not a hard rain it was enough to make the course a bit mucky &
in fact the mud adhered quite well to my shoes both during and after my trek over a
portion of the course.   Although there was some concern about the possibility of
utilitizing an inclement weather course, that should not happen.
The lastest word is that "the race is on"  acording to West race director Doug Todd.
At that point it had not rained in over three or four hours and the sky was clearing.  The
forecast for Saturday is even better with warmer weather, which should help dry the
course a bit.  A number of Washington runners spoke to me just prior to my chat with
Mr. Todd and they reported seeing workers applying wood chips and sand on the
more debatable areas.  There were even rumors of the use of blow dryers.  The
overwhelming issue is the safety of the athletes but the presence of mud just in and of
itself will not effect the race.  Since then the skies have cleared & their are even stars,
which can be seen in sky.   it is still in the sixties and is nice enough that I recently
passed an intrepid group of runners, who were taking advantage of the hot tub (pool),
which is outdoors.   unless there is an unforseen change, the race will be on the normal
course, which is exactly what the harriers I spoke with wanted. 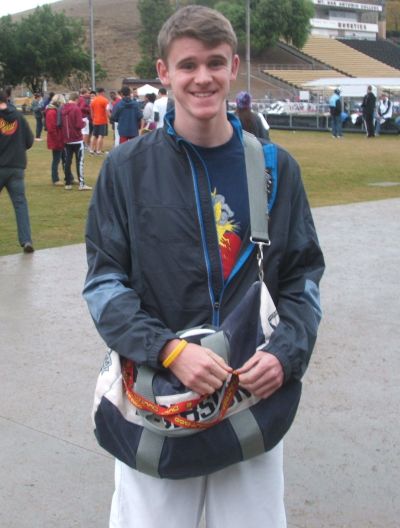 There are a few late notes that should be taken care of as well with the withdrawal of
defending West champion Karlie Garcia.   I spoke with Karlie, who had been injured
and has not had time to return to top form this afternoon.  She will race in the Junior-
Senior race tomorrow.   Nikki Hiltz, who placed fourth here last fall, will not attend.
She is still injured and has doctors orders not to run for another week or so unfortunately.
Although two quality runners have been removed from the mix, there has been the
addition of two others and they are both from California.   Kiara McIntosh, who placed 3rd
in the CIF D1 race (17:45), should be a real threat to qualify.   Kiara has won in 2012 at
both Woodbridge and at Staub.  Also joining the fray is Fiona O'Keefe, who placed 6th
in California D1.  Fiona came in third at Sacramento and was 7th at Stanford.  She also
placed 8th at mt. SAC and fourth at Clovis.   A number of runners are currently entered
in the junior-senior race but could opt for the seeded section. 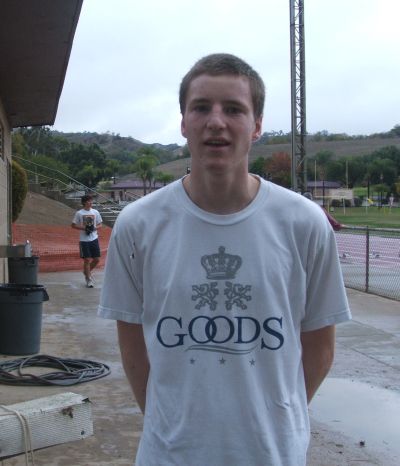 Keegan Symmes of Washington took a tour of the course today and should also make
his presence felt.   keegan won the Twilight and was 2nd at the KingCo, aside from
placing 12th in 4A.   Californian Trent Brendel is also entered & the Granite Bay runner
placed tenth in CIF D2 with 15:30.  Trent won at Del Oro and at Stanford and was seconnd
at Clovis. 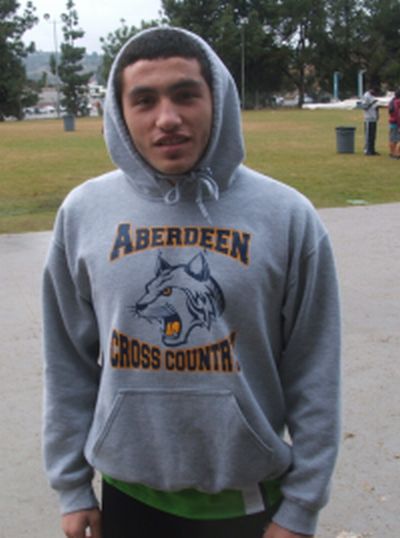 We will in short fashion try to post brief interviews with Erin Clark, Poli Baltazar, Levi
Thomet and patrick Gibson.   As usual the connection is a bit slow at the motel but it was
a pleasure seeing everying and I wish everyone an "A" race tomorrow.   Good luck! 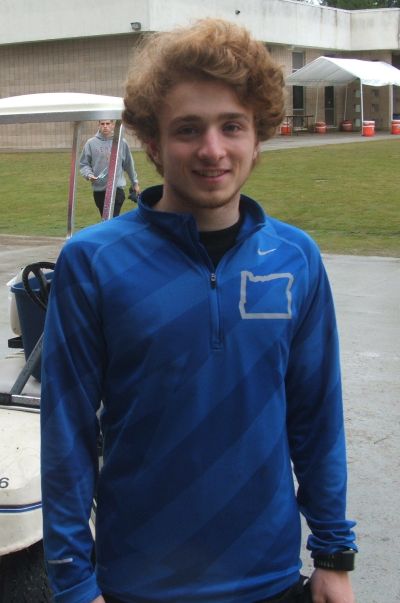