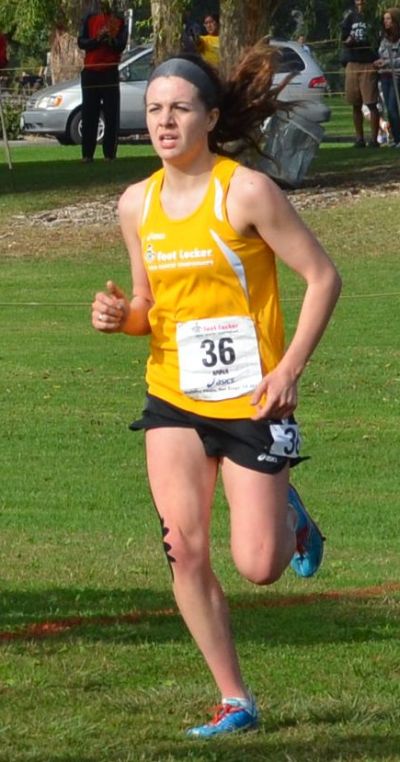 Four runners from the 2012 Foot Locker National Championships will head to Edinburgh, Scotland to represent the United States in the Great Edinburgh International Run, which will be held on January 5.  Although USATF has been slow to make any announcement Anna Holdiman of Iowa, who placed seventh at Foot Locker, and Sophie Chase of Virginia, who placed sixth, will be a part of the American girls’ team, while Jacob Thomson of Kentucky, who fifth in San Diego, and Jake Leingang of North Dakota, who earned third, will support the young men’s team.   Collegiate runners Craig Nowak and Tony Smoragiewicz, 2011 Foot Locker finalists, will also be on the young men’s team.   The girls will have an especially tough act to follow, as the American girls won the team event last year.  Aisling Cuffe, Molly Seidel & Katie Knight placed second through fourth and were backed by Erin Finn, who finished seventh.   As there was not International XC championship, shame on the IAAF, last year, the event served as an unofficial national championship.   As more information becomes available I’ll post further updates.  Good luck to all our young American representatives.

Last week New York listed its final awards for cross country.  In the ‘A’ (large school) Division the top runners were Bella Burda of Arlington, Taylor Driscoll of Saratoga, Gianna Frontera of Canandaigua, Katie Lembo (Foot Locker finalist) from Penfield, Megan Reilly (another Foot Locker finalist) from Warwick and Marissa Saenger of Clarence, who was yet another Foot locker finalist.  Laura Leff of West Genesee, who placed third at Foot Locker in 2011 but was compromised by injury this year, was honored with placement on the second team.    Although Bill Aris of Fayetteville-Manlius brought his boys and girls team to the Mud Bowl, the State Coach of the Year Award went to Art & Linda Kranick of Saratoga Springs.   Aris did despair that a number of his FM runners fell in the mud – imagine that?

Overlooked early was this meet which was held in Albuquerque.   Estevan De la Rosa earned the laurels in the Young men’s Division with a time of 15:42 for 5K.  Second went to Brian Barraza with 16:13.   Melissa Eisele scored in the Young Women’s Race with 19:15 and was followed by Rachel Galton, who was clocked in 19:26 for the 5K distance.

Congratulations to our old friend Jake Riley, who ran for Sehome and later Stanford, for winning the Open men’s Club title in 29:58 for 10K.  The race was held in Lexington, Kentucky on Dec. 8.   Mattie Sauver of Boulder succeeded former Bellarmine prep runner Brie Felnagle, who won in 2011.  Craig Forys placed second in the men’s race and Kenyon Neuman, formerly of Summit, placed 19th.  Former University of Oregon runner Danny Mercado came in 21st.