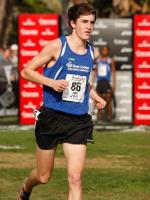 Sort By:
Filter By:

03:15
Joe Klecker and John Dressel on what went wrong for the Buffs

Breaking Down The 3000m Run Over The Last Four Seasons...
The 3000m run has been one of the most unpredictable races over the last four seasons in high school track and field. ...

Dressel Goes Out On Top In Washington...
John Dressel completes an accomplished distance running high school career in Washington winning a pair of state titles including one over his long-time chief rival in Nike Cross Nationals champ Tanne...

US Top 25 Boys Outdoor T&F Rankings (5/12)...
Nation's top 25 boys outdoor track & field rankings as of May 12th. John Dressel had an impressive race against collegiate competition with US #1 8:20 3K run at the Oregon Twilight....