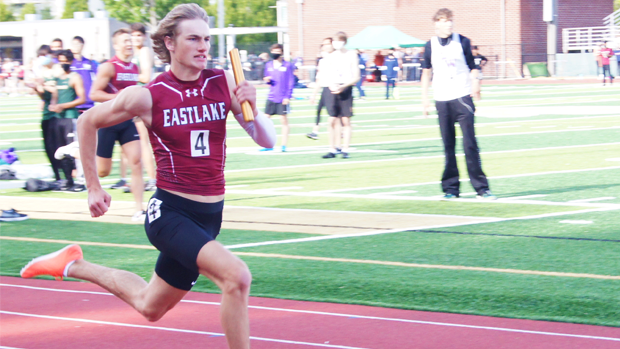 With the Washington State Outdoor Championships canceled for the second year in a row, the Lake Washington School District wrapped up its Covid-shortened track season on Monday in Redmond.

The Mustangs hosted the likes of Eastlake, Juanita and Lake Washington for the culminating event of the year.

But if there was any disappointment about this shortened season, it didn't show.

The District Championship had an almost festive vibe, with a chance to compete for one final time on a high school track.

In team scoring, the Redmond girls ran away with the overall title as the Mustangs set the stage early with a 1-2 finish in the 100m before picking up more wins in the 400m and 200m and then ending with an impressive state-leading 4x400m.

Lake Washington, meanwhile, dominated the boys events, capturing its share of field events wins and racking up tons of points along the way to a solid 26-point win over second place Eastlake.

There was no shortage of big performances for both boys and girls. Check out the highlights: