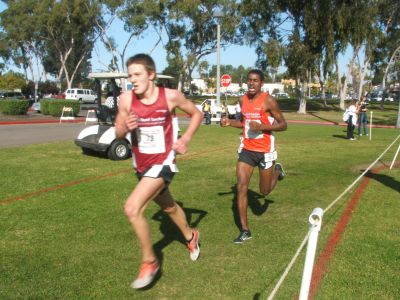 With the return of Andrew Gardner and Nathan Weitz it will be safe to say, that the eyes of the nation will be focused at least in part on Washington.   Washington runners made a strong impression at the national level last fall and a fair number of the top runners return this year.   The leaders, based upon last season’s results are Gardener & Weitz but there is a great deal of talent behind them.   Gardner of Mead should lead the 4A division after placing second last year behind the departed Kenji Bierig , who will be running on the collegiate level.   The Mead runner would be highly regarded simply off his performance at State but he challenged the best runners in the West on the Mt. SAC course in the Foot Locker West Regional and came in a rather stunning second behind Billy Orman of Arizona.    As fine a race, as that had been, Gardner followed it with a fourth place finish in the national championship.   Remember that Andrew was only a sophomore last year & in the 32 year history of the race only one sophomore male has ever fared better:  Lukas Verzbicas, who won two national titles, graduated early & will be running this fall for the University of Oregon.

As stellar a season, as Gardner had, there were a number of underclassmen close behind him at state and Korey Krotzer of Auburn Riverside, who placed fourth in Washington ran 15:32, was only six seconds behind.   Adam Kinsey of Joel Ferris finished fifth at State and returns along with seventh place finisher Jacob Smith of Wenatchee.   Jacob had a strong track season but probably his greatest accomplishment was placing 17th in February in the US Junior XC championships, which were held in Mission Bay in San Diego.   That race included a goodly number of college freshman, so Smith’s placement was especially impressive.   Wenatchee also returns Nick Boersma, who earned 11th at State and could be in the title hunt as well.   It gives Wenatchee a solid 1 – 2 punch and, if they can add three runners to close the gap behind them, the team could make things interesting as well.   Others of note returning are Blake Nelson of Henry Jackson & J P Wolpert of Walla Walla, who placed 12th & 13th respectively.   The team race last year went to Eisenhower of Yakima but they lost three runners from that team.  Still they return their top two runners (Jaziel Rodriguez and Santos Vargas), who secured 13th & 16th last fall.     After a promising track campaign another former sophomore   to watch is Skyview’s Colby Gilbert, who placed 31st in XC last fall.

Nathan Weitz of Shadle Park is the defending State champion in the 3A division & his time of 15:11 is easily the best of all returnees.   Nathan earned national attention last fall by taking fifth at Foot Locker West and then placed 31st in the national meet.   He, of course, joined his sister Kendra, to become the first brother-sister combination to qualify for Foot Locker in the same year.  Anticipate Weitz’ top challenger to be Anthony Armstrong of Kamiakin, who finished fourth last year in a time of 15:24. Armstrong had an excellent track campaign and should be brimming with added confidence after that, which makes him even more formidable.   Izaic Yorks of Lakes garnered 7th last fall with a time of 15:46 & Curtis Young of Peninsula came in 8th.  Keith Williams will lead North Central in their attempt to claim another 3A title.  Although they lost Vince Hamilton, Casey Adams & Andrew Wordell to graduation, they return Austin Frostad (17th).   NC has been hit with significant graduation losses before yet they have not skipped a beat & look for them to be in the hunt again at the end of the season.   Kamiakin has their entire team back to lend support to Armstrong yet the times were not all that strong necessarily and three runners ran over seventeen minutes.    We have heard about recent rankings but those should be viewed with caution, if not outright amusement.    Washington fans ought to remember that the national rankings have long been an issue of major debate and only need recall to the glaring example of the Gig Harbor girls, who tied Bellarmine for the State title in 2004 before losing on the sixth runner tie breaker.  We told those doing the rankings that Gig was an egregious mistake then but they did not listen.    Gig was then forced to watch as the Bellarmine girls placed fourth and knew they were a true top ten team.  To their credit the Gig Harbor girls under coach Patty Ley ran the course in the open race & convincingly displayed the rankings to be very inaccurate.   Bellarmine had a great team but Gig was not far behind that year in spite of what the rankings said.  Lately the rankings have been, shall we say a bit generous (were the Glacier Peak girls really weaker than two of the California teams that were picked for Portland last fall? – I think not), seemingly to entice or pressure some quality individuals to run in Portland.  We shall see but the team battle should be fairly open & don’t forget Bellevue, which may not have a front-runner the caliber of Anthony Armstrong, but they do have five runners back, who were all under seventeen.   We should not forget Seattle Prep, which returns three of their top four runners including Keenan Piper (18th), who led the team as a sophomore.  Their sixth runner was a freshman, who should make rapid development, so Seattle should be taken seriously as well.  e The team race could be most interesting.

If any division can be said to be wide open for someone to step into it is the 2A one, which saw champion Scott Carlyle and the next five runners all graduate.   Dayde Collins placed seventh in 15:59 and leads the returnees.   The Deer Park runner will have Pat Gibson (10th) of Squalicum, Jeff Ott (11th) of Ellensburg, Marcus Dickson (13th) of White River, Luke Garcia (14th) of Lindbergh & Cody Edwards (15th) of East Valley – Spokane to challenge him.   Sehome loses their top two runners including its State champion, yet returns its next five runners and should be formidable.

Hap Emmons of Kings placed 4th and leads the way on paper in the 1A group.   His time of 15:53 is is the best by twenty seconds.  Only two other top ten finishers return from 2010, so look to Stephen Bottoms (7th) of Onalaska & Travis Hensley (9th) of Charles Wright as the most likely challengers.   Justin Holden has departed along with third place finisher Jon Bennett, which leaves two former sophomores as the 1A leaders.   Maxwell Choka of St. George’s placed second and his time of 16:06 is by far the best of everyone returning.  Seth Deal  of Waitsburg-Prescott claimed fourth last year in 16:46, while Lucas Graham, Ryan Zeller and a few others were over 16:50 & will have to make a big cut in their times to challenge Choka.   Tri-Cities Prep is the defending champion and they return their entire squad.

Of course one can usually count on someone making a big move to a running plateau of a new level and we look forward to see, who will accomplish it through hard work and dedication this year.    Naturally there is already a good deal of cream at the top from last year, so this is a season of much promise. 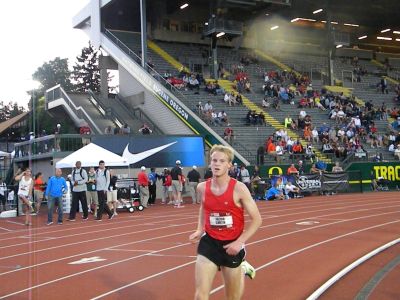