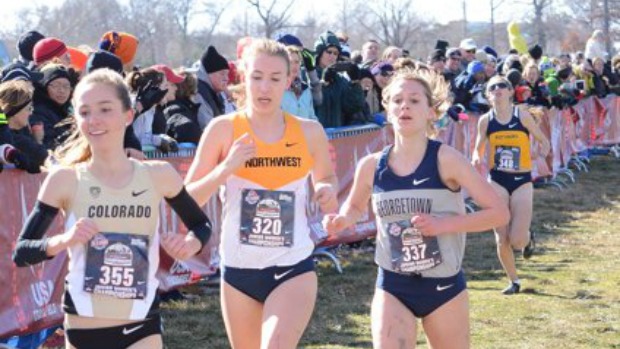 Three of the state of Washington's brightest young stars headed east to St. Louis Missouri for the 2013 USA Cross Country Championships and two finished in the top six earning a spot at the IAAF World Championships in Poland.
Ladies first. In the Junior Women's 6K, William & Mary freshman Emily Stites and University of Michigan signee Erin Finn took the lead from the gun and after that it was a race to stay in the top four of the chase pack.  North Central senior Katie Knight proved she could hang with the that group. The seventeen year old moved her way up and with 2000 meters to go decided to pick up the pace. Knight finished fourth in 21:09.90, three spots ahead of future University of Washington teammate Maddie Meyers who just missed out on a roster spot for Team USA at the IAAF World Cross Country Championships in Poland. She says it was great to compete against Meyers one last time.
"Hopefully this was the last time I ever have to race against Maddie because next year I will be running with her. She is such an excellent competitor and also such a nice person. It was great to get to spend time with her during the weekend. I am very excited to be on her team next year. "
Knight is also excited for the chance to compete at the World Championships. She says it has been a goal of hers for several years.
"Running in worlds has been a goal of mine for years since North Central alum Andy Kimpel made the team I believe in 2009. I am excited to get to spend time with the other junior women and also hopefully with the senior athletes too. I am sure it will be an experience to remember for the rest of my life." 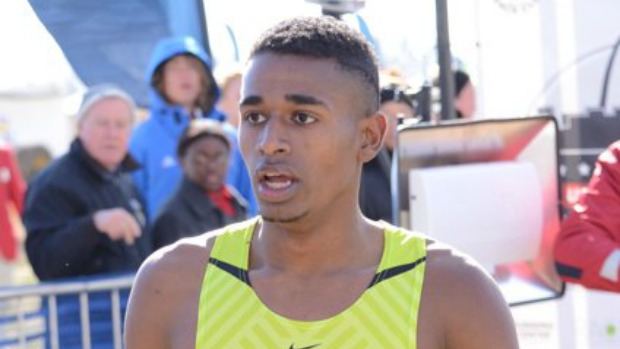 Knight will be joined in Poland by fellow Washington runner Andrew Gardner. The Mead Senior High School star and Air Force Academy senior clinched the sixth and final spot with a time of 24:52.60. A meager 1.4 seconds separated second place from sixth place. Talk about coming down to the wire!